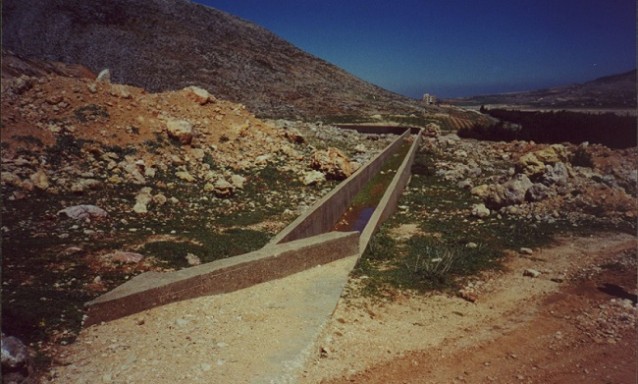 The plains of Machghara, Sohmor and Qaraoun have a surface area of more than 1000 hectares and are located south of the Qaraoun Dam in the Bekaa. They contain three distinct areas; A1, where an old network of irrigation canals exists and where the irrigation water comes from the four major sources of Machghara. The network in A1 needed to be rehabilitated. A2 area also has an out-of-date irrigation network that should be replaced by a network of pipes and where water should come from canal 900 by pumping. A3 is the largest area, which was never exploited and should be evaluated from the agricultural point of view. A pedological and agronomy study was carried out and the needs for irrigation were assessed based on a technical and economical optimization scheme. The ownership pattern of the land, and the return on investment have been identified and used as basic elements in the design of the networks. Eventually water has to be tapped from the Qaraoun dam, canal 900. All the information of the project was integrated in a GIS decision and management tool that included layers for: cadastral boundaries & land ownership, existing & proposed networks, types of agricultural patterns, soil types and water needs.

The project included the design of a main pumping station, two large reservoirs and high pressure lines as well as gravity irrigation networks.

Consulting Services for the Supervision of Water Projects in Lebanon

In 2010, the International Management Group (IMG) commissioned Kredo with the Supervision of … »